The island is perfect for walking. There are many mountains and the coast consists mainly of steep cliffs. There are hardly any sandy beaches, for that you have to go to Porto Santo. In terms of nature, there is a wide variety of flora and fauna, so nature lovers can also indulge themselves. The diversity of flowers in particular has meant that it is also known as the flower island. Madeira means wood in Portuguese. There are also a number of dive centers on the island, in the water there is a large diversity of life.

The island has autonomous government, but belongs to Portugal. It has a mild climate with temperatures in the summer between 20 and 25 C and in winter between 15 and 20 C.

So-called levadas are located all over the island (an estimated total length of 2710 kilometers). These are narrow constructed water flows that supply water from the mountains to the lower parts. The island was used primarily as a stopping point by seafarers heading south or west. The first people settled in 1419, at least then the island was uninhabited. These were Portuguese. They settled on the south side where the capital Funchal is now located. However, there are also indications that people have been here before year 0. The south side has a milder climate than the north. This is because the wind blows mainly from the north and the mountains often stop the rain. 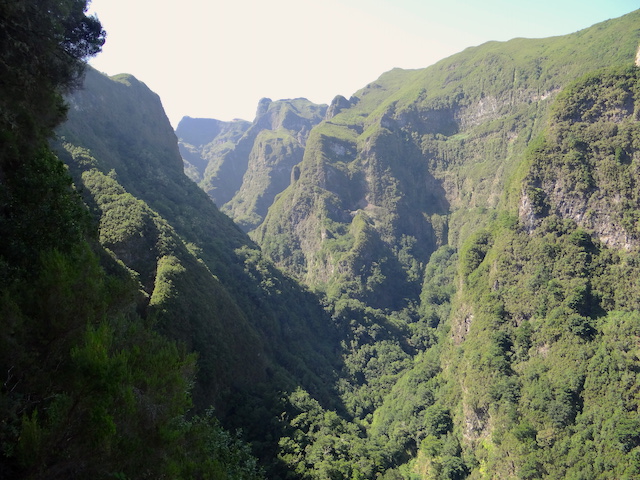 The island's origins are volcanic, although the island itself is not a volcano. It was probably created 20 million years ago by earthquakes and underwater volcanic activity. At the end of the 16th century, pirates regularly attack the island, which lasts until 1801. These were turbulent times and there was no clear authority on the island. Portugal then fell under the Spanish regime. In 1801 the British took control of the island. The island was occupied militarily in the early 20th century. In 1974, during the Carnation Revolution, the island returned to Portuguese rule.

Sugar is an important export product, but tourists who come to the island will especially be made aware of the Madeira Wine, which really tastes very different from the traditional wines we know. The first hotel was opened in 1891 and the first tourism started. The island also has its own brewery (Coral)

The highest point of the island is the 1861 meter high Pico Ruivo de Santana. More than a third of the island is 1000 meters or higher. About 244.000 people live there and 1.4 million tourists come annually, both by air and by cruise ships. Although most hotels are located in the southeast (Funchal, Canico) you can find hotels everywhere, including in the mountains. The island has a good infrastructure of roads (mostly through tunnels because of the mountains) and facilities such as hospitals, shopping centers, police and so on. Buses run all over the island.

The most famous person of Madeira is currently footballer Cristiano Ronaldo; even the airport bears his name.